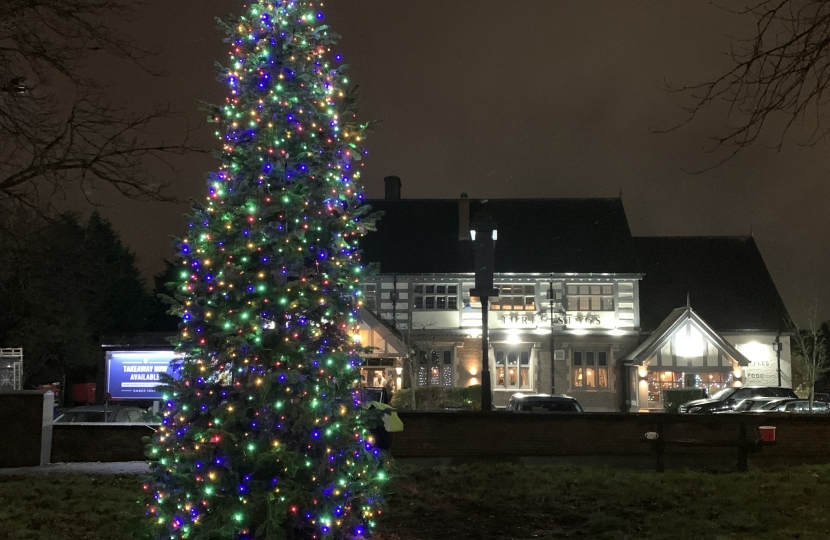 ‘’After a lot of problems we have at last managed to get the Christmas Tree erected at Spital Cross roads. We had the idea but it is the Brighter Bebington Team led by Colin Bermingham that have made it happen.

They worked through awful weather to get the lights and the children’s decorations put up. Decorations were made from recycled plastic by the children in Poulton Lancelyn School.

The lights were switched on by Scirard Lancelyn Green who has been a big supporter helping us get the lights and decorations and of course the tree.

It looks great! Many thanks to all who contributed‘’

Transport Secretary Grant Shapps on building a railway fit for the future.