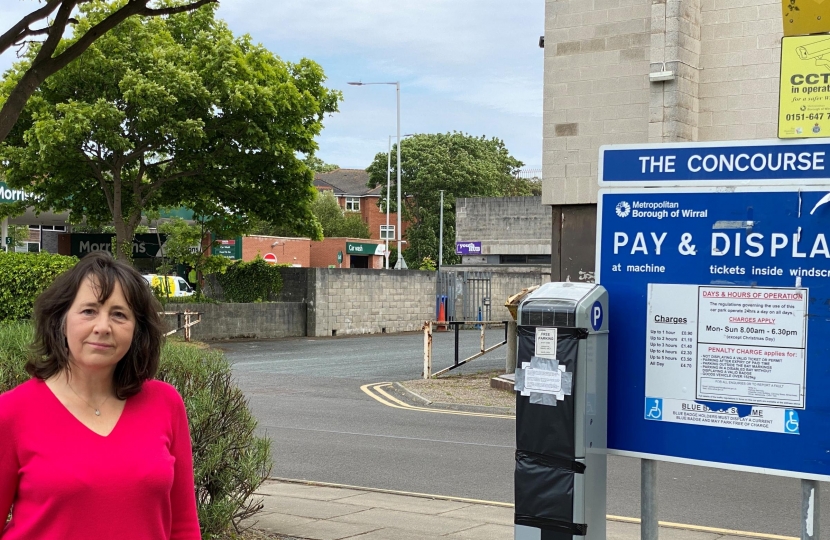 The decision of Wirral’s outgoing Labour Cabinet to reintroduce parking charges from 3 August has been called in for review, following concerns that the move could be the final blow to some of the Borough’s struggling high street retailers.

While shops and small businesses in Wirral have shared in the £63 million grants from Government, the economic recovery of the high street is not yet underway.

Understandably, the council has yet to assess or fully understand the impact of virus on  consumer demand, including the shift to online shopping.

Councillor Jenny Johnson (Conservative, West Kirby and Thurstaston Ward) has now won the backing of a further 17 councillors to have the parking charges reviewed.

Councillor Johnson said: “Many consumers remain understandably wary of a return to traditional means of shopping and reintroduction of charges will act as a further discouragement.

“The Cabinet’s own justification for the decision is based on very rough estimates of potential income and loss of income to the council. Yet, earlier today, we heard that Wirral Council is to be given a further £3 million to support our recovery. The Cabinet’s rush to reintroduce charges seems, at best, hasty.”

A special, online council meeting must now be arranged to enable those who made the decision – Cabinet members and senior directors – to be quizzed over the evidence and justification for it.

Councillor Johnson added: “While we wait for that meeting to be arranged, I would urge residents, shops and small businesses to make their views known by contacting their local councillors saying if they agree with our call to give our local high streets and shops a break at this difficult time.”

In their objection, the councillors have also said the issue of parking charges should be deferred until the new Committee system is in place from September, enabling the decision to be reached in public.

Wirral Council has received a further £23 million to support businesses in Wirral hardest hit by the Covid crisis. This latest cash is in addition to the £179 million provided so far by the Government to help the Council respond effectively to the ongoing pandemic.